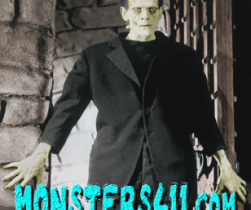 NEW BLU RAY...3D RARITIES. This is a fantastic disc chock full of incredible 3D films! It's great to see how 3D started and be able to check out all the early test material. Most of the 3D stuff looks like it was just filmed yeaterday. To order...just click on the 3D Rarities image and you'll go directly to the website! .....check out disc contents below..... 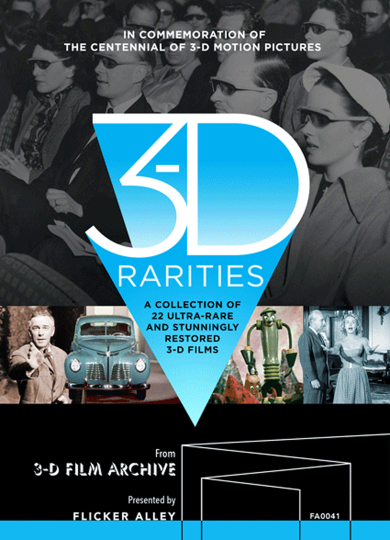 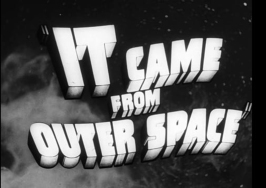 It has taken over 30 years for the 3-D Film Archive to assemble and restore the material in 3-D Rarities, an eye-popping collection of ultra-rare and long-lost movies, which Flicker Alley and the 3-D Film Archive are proud to present here for the first time on Blu-Ray.

Selections include Kelley's Plasticon Pictures, the earliest extant 3-D demonstration film from 1922 with incredible footage of Washington and New York City; New Dimensions, the first domestic full color 3-D film originally shown at the World’s Fair in 1940; Thrills for You, a promotional film for the Pennsylvania Railroad;Around is Around, a 3-D animated gem by Norman McLaren; Rocky Marciano vs. Jersey Joe Walcott, the only 3-D newsreel; Stardust in Your Eyes, a hilarious standup routine by Slick Slavin; trailer for The Maze, with fantastic production design by William Cameron Menzies; Doom Town, a controversial anti-atomic testing film mysteriously pulled from release; puppet cartoon The Adventures of Sam Space, presented in widescreen; I’ll Sell My Shirt, a burlesque comedy unseen in 3-D for over 60 years; Boo Moon, an excellent example of color stereoscopic animation…and more!

Presented in high-quality digital 3-D, all films have been stunningly restored and mastered direct from archival materials. Meticulously aligned shot by shot for precise registration of the original left/right elements, these historic 3-D motion pictures have never before looked this good.

The date of the first documented exhibition of a 3-D film occurred on June 10, 1915. 3-D Rarities commemorates the centennial of 3-D motion pictures!

To Watch the 3-D Versions of These Films, You Need:

This Edition Is Also Viewable in 2D, Playable on Your Standard Blu-ray Player 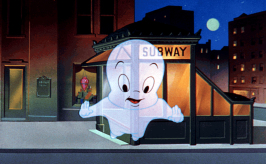 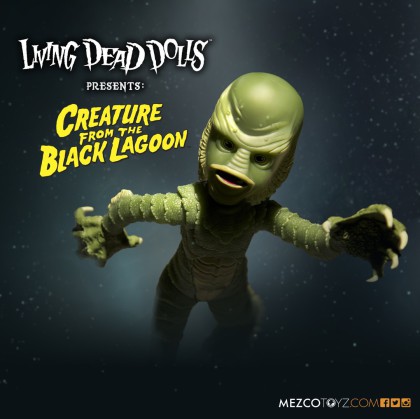 Living Dead Dolls Discover The Creature From The Black Lagoon

PRE-ORDERING RESERVES AN ITEM FOR YOU. YOUR CREDIT CARD WILL BE CHARGED 1-3 WEEKS BEFORE THE ITEM SHIPS. SOME BANKS PRE-AUTHORIZE AT THE TIME AN ORDER IS PLACED; PLEASE CONSULT YOUR BANK FOR INFO. PAYPAL ORDERS REQUIRE IMMEDIATE PAYMENT; CONSULT PAYPAL
Pre-Order $32.00
They journeyed deep into the unexplored depths of the Amazon jungle searching for fossils…instead they discovered The Creature! The Living Dead Dolls brings to life The Creature, from Universal’s sci-fi, horror gem, The Creature From The Black Lagoon. Featuring an all new body and face sculpt, this iconic scaled terror from the deep stands a full 10” tall and captures the intricate detail of the pre-historic gill-man; from his mysterious yellow eyes, to his claw tipped webbed hands. With nine points of articulation he is the most articulated Living Dead Doll ever, he’ll be able to take out any scientist who dares to come between him and his true love. He comes packaged in a full color, collector friendly window box. Ships in July. 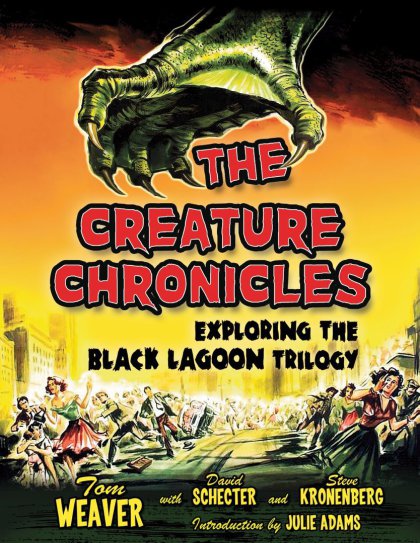 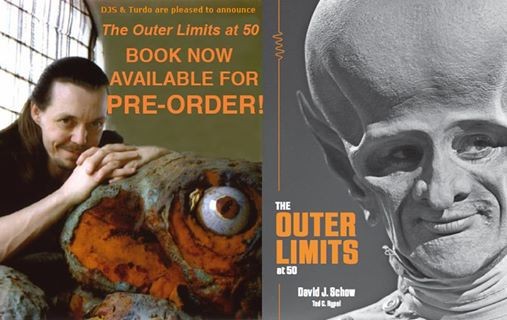 THERE IS NOTHING WRONG WITH YOUR TELEVISION SET!

Creature Features is proud to present a one-of-a-kind book, THE OUTER LIMITS AT 50! Written and edited by David J. Schow, author of the essential OUTER LIMITS COMPANION and the world’s leading expert on the series, this unprecedented look at the beloved show presents over 150 new pages of rare photographs and collectibles, many unearthed here for the first time ever. 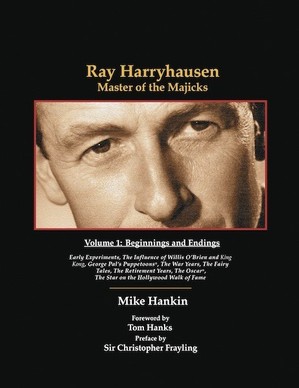 RAY HARRYHAUSEN HAS PASSED AWAY AT AGE 92.

My hero since the first time I saw The 7th Voyage of Sinbad. He was the reason I wanted to be a filmmaker. (me and thousands of others) Rest in peace my friend knowing you were respected by many and loved by many more.

Ray Harryhausen - Master of the Majicks

Finally Completed and off to the Printer!

Written and produced over the past 10 years with Ray Harryhausen's cooperation and support, the complete 3-volume definitive 295,000-word career/biography features interviews with Ray and his colleagues and is profusely illustrated with several hundred rare photographs, artwork, and illustrations (many of which have never been previously published).

We published Volume 2 ("The American Films") first, then Volume 3 ("The British Films"), and are now wrapping up the set with Volume 1 (“Beginnings and Endings”).

As a special adjunct to the Willis O'Brien chapter, we're including the complete first draft of the King Kong screenplay by British mystery writer Edgar Wallace.

A special supplement that we're calling "How To Make a Monster" will take you step-by-step through the process of constructing a stop motion model using photos from numerous stop motion films (Caveman, When Dinosaurs Ruled the Earth, Willis O'Brien films, and more) — from blueprint to armature to clay sculpture to plaster mold to final foam rubber animation model. (Now you'll know the answer when someone asks, "How did they DO that...?")

Stills and other visual material come from numerous private collections, including considerable material that has never been seen in print before (including Ray Harryhausen's own books).

• “Ray Harryhausen's Los Angeles” – A multi-page map of key locations connected to Ray and his films in the 1940s and 50s;

• Filmographies of key cast and crew.

other illustrations— in Spectacular Color, Nostalgic Sepia-Tone, and Glorious Black-and-White.

Majicks Vol. 2 and Vol. 3 are long sold out and now command prices ranging from $350 to $500 to over $700 per copy on eBay and Amazon. So don't delay— sales have been brisk and our limited edition print run of Vol. 1 (the final volume in the set) is on its way to selling out soon.

From his Preface to Volume 3 —

"There is no way to overstate the importance of these books. [This book] is simply the most perfect book about Harryhausen ever made. This is the book that you dreamt of having as a child and makes you want to go out and re-watch every single one of the chronicled. It makes you fall in love with cinema all over again."

From his combination review of Volumes 2 and 3 of Majicks:

“…Hankin’s in-progress overview of Harryhausen’s career is unlikely to be surpassed; other books may offer different pictures, different vantages and depths of specific information, but the totality of Harryhausen’s achievement is best represented here.” 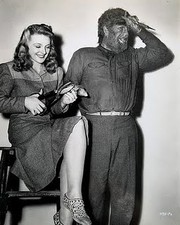 Interviews, articles and photos on the way!